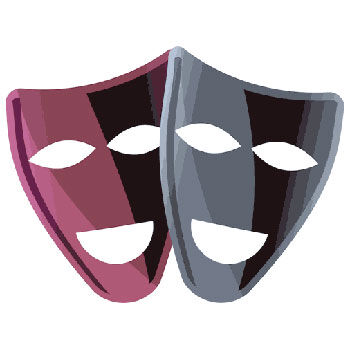 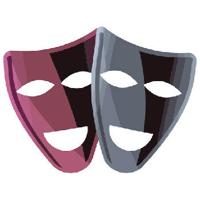 Gilbert and Sullivan’s 1879 operetta The Pirates of Penzance receives a raucous, energetic and gorgeous-sounding interpretation from the Ventura County Gilbert and Sullivan Repertoire Company (VCGSRC) in a rough-around-the-edges production at the Theater on the Hill in Thousand Oaks. Director and VCGSRC executive and artistic director Rebecca Pillsbury has assembled a talented cast and provided them outstanding accompaniment under musical director Zach Spencer, who guides a small but wonderfully effective ensemble through the show’s complex score. Attention to detail abounds with crisp, lively direction from Pillsbury, sumptuous costumes designed by Erin Heulitt, and complex swordplay by way of fight choreographer Andrew David James.

The Pirates of Penzance is popular with community theater groups and schools because the works are in the public domain. This sometimes results, however, in companies taking on more than they can handle. This is a complex work of operatic scale, and to perform it well is difficult — VCGSRC’s production delivers on nearly every count.

Standouts include Dennis Ryan Lawrence as Frederic the indentured seaman.  Lawrence’s tenor shows emotion and depth, and when singing alongside Joe Mancuso’s over-the-top Pirate King and Julie Bermel’s spirited Ruth, the ensemble takes flight. Adding to this are Emma-Grace Dunbar’s lovely soprano and coy demeanor as Mabel (Dunbar alternates performances with Reyna Zack in this role) and a delightfully proper Gary Saxer as Mabel’s father and retired major general Saxer’s endearing “I am the very model of a modern major general” is a highlight of the evening.

The talent in this cast runs deep and well beyond the principal players. The choral arrangements are beautiful, particularly in an a cappella moment near the end of the first act. Throughout, harmonies are lush and diction all but perfect, despite the rapid wordplay and dense lyrics of the libretto. Supported by Spencer’s outstanding musical ensemble, the entire cast rises to the occasion and gives us a Penzance full of energy, laughs and a refreshing dose of swashbuckling.

The Theater on the Hill’s performance space, with its intimate seating, low ceiling and large supporting columns at either side of the playing space, makes for a challenging environment in which to mount any production, let alone one with such a large cast. Here, elements of that environment sometimes work against this production. An awkward scene change, a couple of fumbled lighting cues (in one case leaving Dunbar singing in near darkness), and a stagehand visibly running around the raised-platform seating may just be opening weekend kinks to be ironed out, but when coupled with a folksy greeting from a fully costumed Pillsbury before the performance and again before the second-act curtain, they diminish the otherwise high degree of professionalism shown onstage. But these are minor quibbles. The VCGSRC has mounted an admirable production of a difficult work. When the company’s voices join together with the swell of the orchestra in the evening’s finale, the night’s minor flaws are forgiven.

The Pirates of Penzance through March 30. Theater on the Hill at Hillcrest Center for the Arts in Thousand Oaks. For more information, call 381-1246 or visit www.vcgsrc.org.