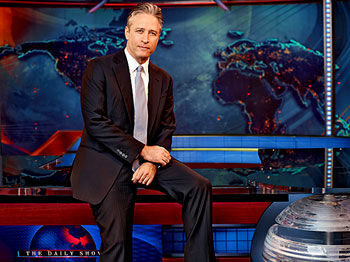 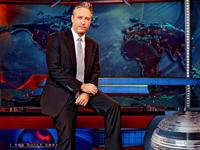 There may be the faint aroma of funnel cake and powdered sugar lingering in the air, but the county fair, like much of summer’s sun-soaked reverie, has packed up and moved on. Fall is on its way. In the wake of summer vacation and leading up to the hullaballoo of the holidays, fall can feel a bit like a letdown. There’s football, sure. And autumn leaves, if you live at an obliging latitude. Thank goodness for the fall network TV premiere season.

September is the time when TV networks traditionally roll out their new shows for viewers to love, hate or, worse, ignore. It’s been this way since the early days of television, a holdover from when radio was king. Back in the day, before there was air conditioning, cast and crew would close up shop to escape the summer heat of New York City, where most radio shows were produced. Then came the Nielsen rating system, which began taking TV ratings averages from September to May to determine advertising rates. Except for a few mid-season replacements, the traditional network TV season has stuck.

Cable networks and streaming media platforms premiere shows all throughout the year. They’re either not beholden to Nielsen ratings as the networks are, or they enjoy breaking from tradition. They’ve already rewritten the rules by running shows commercial-free and by premiering entire seasons all at once (which NBC and Fox took a stab at this year.) It’s almost enough to make the fall TV season seem rather quaint.

So is there anything to get excited about? Thankfully, yes! There might not be one grand network premiere that has the nation holding its breath, but fall 2015 offers a lot of promise.

NBC brings us The Best Time Ever (Tuesday, 9/15), a live variety show hosted by Neil Patrick Harris. If anyone can revive and reinvent the beloved 1970s format it’s the amazing NPH. Heroes Reborn (Thursday, 9/24) is a 13-episode event that resurrects the fan favorite as well as some of its original characters. The producers of The Blacklist bring us “The Player” (Thursday, 9/24), starring Wesley Snipes and Philip Winchester, about a one-man crime-fighting machine.

On ABC, “The Muppets” stage their television comeback in a potentially adorable  mockumentary series (Tuesday, 9/22).

Ryan Murphy’s new FOX series, Scream Queens (Tuesday, 9/22), is a campy horror series about a murderous sorority. FOX also brings back Rob Lowe in The Grinder (Tuesday, 9/29). Lowe plays a TV lawyer who moves back to his hometown and pretends to be an actual lawyer.

Cable is offering some promising fall premieres, too. FX rolls out its Game of Thrones-ish “Bastard Executioner” (Tuesday, 9/15) from the creators of Sons of Anarchy. It’s AMC, though, that gets the ball rolling (or heads, as the case may be) with its premiere of Fear the Walking Dead (Sunday, 8/23), the eagerly anticipated series that’s a prequel to The Walking Dead which looks creepy, scary and awesome.

Out of the Box is a biweekly column by VCReporter staff and contributors about television and streaming content. Ojai resident Emily Dodi has been writing about television for more than 20 years.