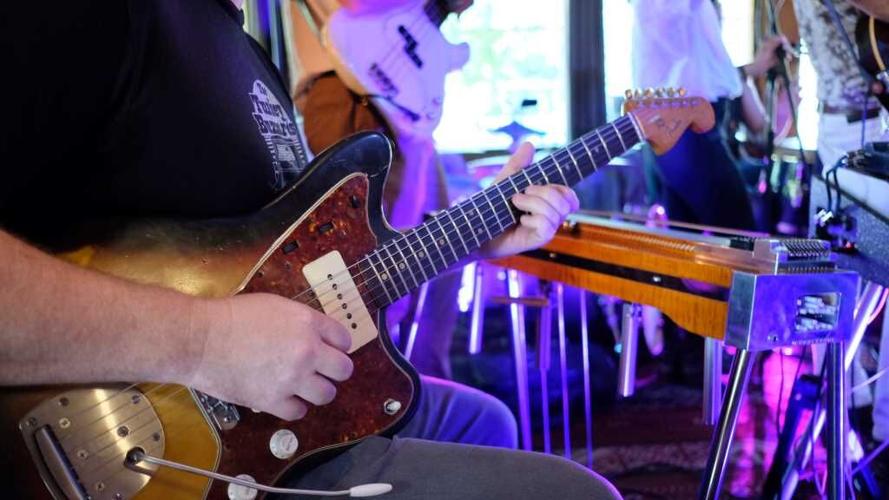 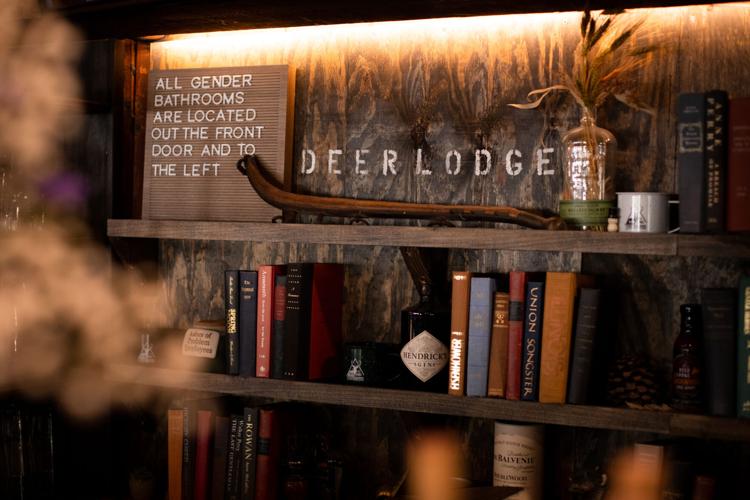 The Deer Lodge offers a rustic but comfortable atmosphere for diners and music lovers alike. Photo by Lauren Morrison 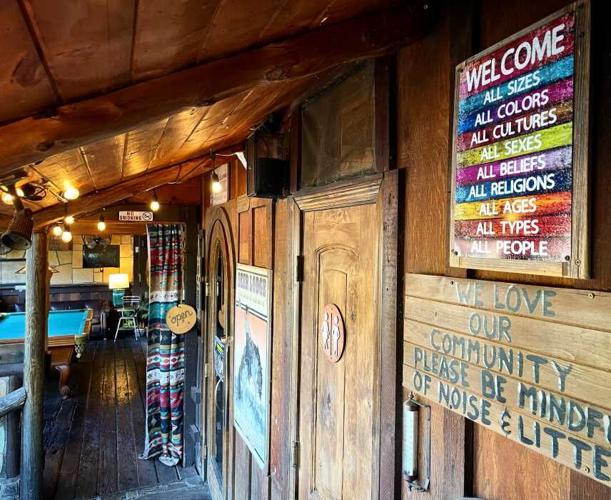 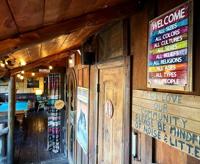 Ojai’s rustic Deer Lodge restaurant has a long and varied history dating back 90 years, and its latest transformation has turned it into a more serious music venue than in the past.

The current owner, Sophia Miles, moved to Ojai when she was 4 and left for college in San Francisco when she was 18. But she never stepped foot in the Deer Lodge during her entire childhood, when it was known more as a biker bar than a music venue. That changed when Miles returned to Ojai after college when she was 24 and accepted a restaurant job at the Ojai Valley Inn after gaining experience at several Bay Area establishments.

“My first experience of the Deer Lodge was when I moved back in 2014 and I was going out making new friends, through my work at the Ojai Valley Inn. And they said we’d go to the Deer Lodge on Thursday, and it was when we had Jamboree Night back then, which was like a glorified open mic night,” Miles said about the restaurant on the outskirts of town at 2261 Maricopa Highway. “It was a really amazing night and it was like the funnest night in Ojai at that time.”

After about eight months back in Ojai, Miles was offered a job managing the Deer Lodge, and when the opportunity arose to buy the business in 2015 she jumped at the chance.

One of the first things she figured out was that hosting free music nightly was a money-losing proposition.

Charging for admission was not popular with patrons at first, but people are getting used to the change, she said.  Now that the Deer Lodge is booking bigger bands for weekend gigs, Miles is hoping its reputation as a venue grows, and bigger acts stop by while traveling between Los Angeles and the Bay Area.

“I think that we as a community deserve an intimate setting of high-caliber music without the fuss of going to a venue like the Ventura Theater or anything like that,” she said. “Where you can bring your kids, where you can have dinner, where you can step outside.”

Upcoming shows include Welsh singer Cate le Bon with special guest A. Savage of Parquet Courts on Sept. 29, and tickets are $30 for that show. Gothic country star Bill Callahan is scheduled for Nov. 22 and tickets are $40. Most of the other shows have a $10 cover charge.

Miles said she’s still researching the history of the Deer Lodge so that she knows as much about it as she can, and can pass the knowledge along to the community.

The Deer Lodge was originally built in 1932 and during World War II it was a popular place for military personnel stationed in the area, Miles said. By the 1960s the building was used as a general store. During the 1980s a kitchen was added, and the Deer Lodge became known as a hangout for motorcycle riders.

Miles said previous owners in the 1990s made a push to transform it into a fancy restaurant, but that effort may have been a bit misguided. “They might have pushed it a little bit too far to make it more of a fine-dining place. And that was something I walked into. And now, it’s delicious food but we call it California Roadhouse. It’s casual, but you can get your vegan food here, vegetarian food here, burgers, barbecue, whatever.”

“A place for everybody”

Miles said she feels like a steward of the unique property, and she’s trying to create a vibe where everyone feels welcome.

“My title is owner but I kind of feel more like the proprietor, like I’m just taking care of it and guiding it through this stage in the Deer Lodge’s life, which is one where Ojai is busier than ever, and the Deer Lodge is busier than ever,” she explained. “And now it’s very inclusive and people feel safe there. I think that’s really special. And I thought that’s probably the thing that makes me the most proud.”

How would Miles describe the Deer Lodge to someone who has never been there?

“That it’s a place for super-good comfort food, awesome and really delicious drinks, wonderful live music and just a place for everybody. A communal watering hole for everybody to just relax. We call it ‘island time’ because people will sit there sometimes for hours on the patio and be like, ‘I can’t believe I sat here for this long.’ It’s in nature, so things slow down here.”