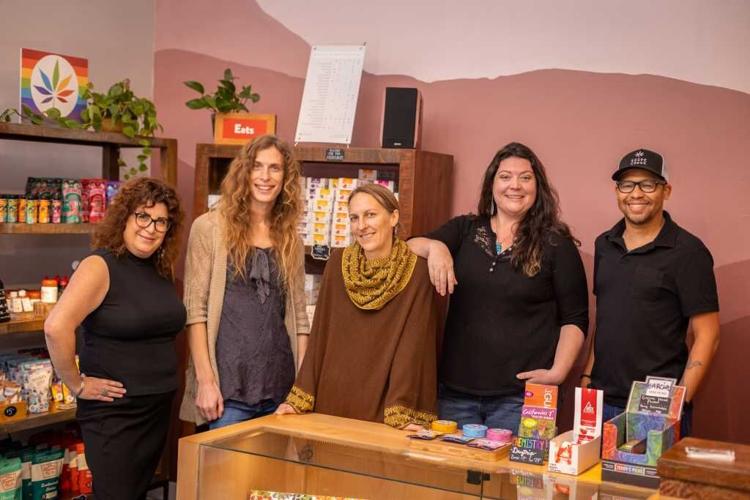 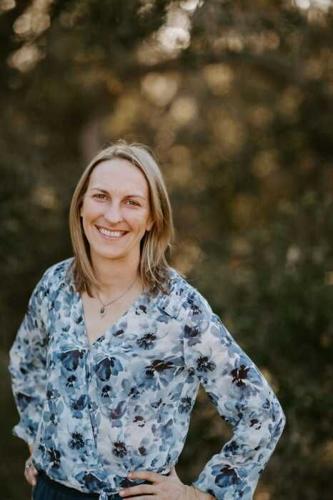 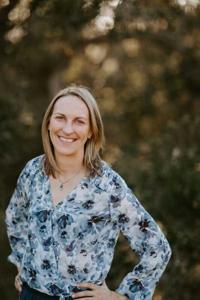 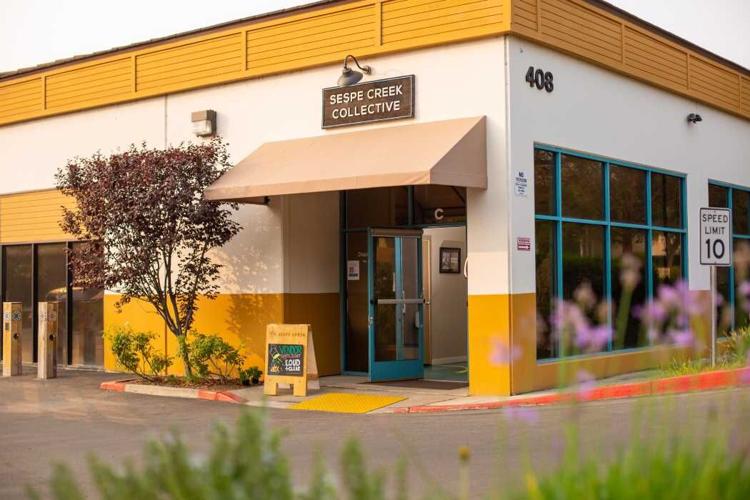 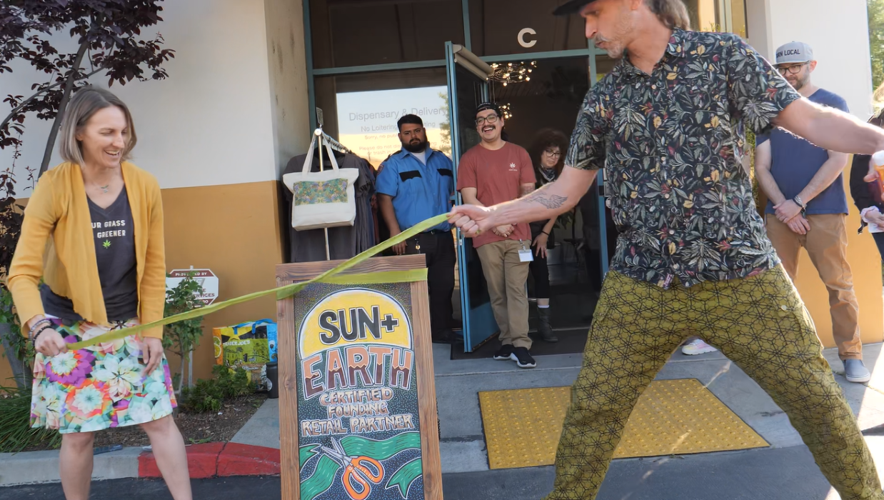 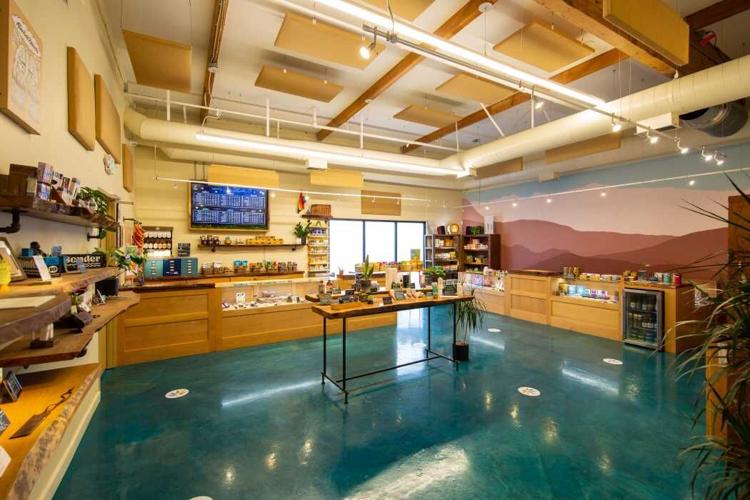 The promise of safe access to medical marijuana was a big reason Chelsea Sutula moved to California in 2009. It ended up being the right move, since she’s now finding success as the owner and CEO of Ojai’s first cannabis dispensary, Sespe Creek, and is formulating plans for a cannabis lounge where people can gather together to enjoy the products she sells.

But Sutula’s journey had some major ups and downs, including an arrest by the Ventura County Sheriff’s Department, ultimate exoneration, and a loving embrace by the city of Ojai.

Sutula spent her early years moving around with her family on the East Coast, mostly growing up in Maryland and Georgia. She was in college at Northwestern University near Chicago when her previously unfavorable views of marijuana changed after a friend shared some with her.

“I had a really great time. It expanded my mind in a really pleasant way,” she recalled. “I was really surprised. Because I had had a lot of stereotypical thoughts about it up to that; I just thought it made people stupid.”

After college, Sutula moved around to different cities on the East Coast and worked at a variety of jobs. At one point she even owned a dog walking business. A failed marriage and other personal issues led to prescribed antidepressants, but she found cannabis did a better job of relieving her symptoms.

“It was helping me balance my mood,” Sutula explained. “It eventually helped me get off antidepressants, which I had been on for many years of my life. So by the time I moved to California I was already convinced it was a helpful medicine for me.” Her East Coast doctors were skeptical cannabis was helping her, and pressured her to stop using it, but she disagreed with them. “I had to listen to my body instead of doctors in the end.”

Sutula moved to California where medical marijuana was allowed at the time.

“Safe access was really a problem for me, so that was one of the things I was most looking forward to when I moved to California, just being able to get a medical recommendation from a doctor and some kind of legal access to it,” she said.

“I said ‘Wow, this is amazing. I would love to get into this industry.’ Knowing the growth potential, I could see where it was going. People aren’t using this just to get high. It’s doing all these other things for people in such a fascinating way. So I was invited to join. It was an alignment of the stars. I worked for some gas money and cannabis for a while before they could really afford to pay me anything.”

After helping the delivery business grow, one of the original founders quit the still somewhat risky business when he started a family, and Sutula ended up buying the other out. She was the sole owner by 2013.

Bouncing back after the bust

Instead of flying under the radar, Sutula became an outspoken proponent of medical marijuana, speaking at government meetings to try to get laws changed to provide better access, and even meeting with Ventura County Sheriff’s officials in September 2016. Sutula said that she did everything possible to follow state guidelines, offering delivery but not a brick-and-mortar dispensary like she has now.

“I wanted to bring transparency and validity,” she said. “I didn’t want to be ashamed.”

But just days before the November 2016 election and the passage of California’s Proposition 64, which legalized “specified personal use and cultivation of marijuana for adults 21 years of age or older,” Sutula’s world was shaken. The industrial building where Sespe Creek operated was busted by deputies wearing bulletproof vests with guns drawn.

“In the back of my mind I always feared that,” Sutula noted. “But we were so close to the election and I felt like we had something to hope for. But it was a false hope.”

Sutula was jailed for one night and about two dozen employees suddenly lost their livelihood.

“It was a kick to the gut. It was horrible. So many people suffered needlessly. My employees and customers that needed us for their pain medication or whatever they were using the medicine for.”

The charges were finally dropped after 19 months, but it wasn’t until the fall of 2021 — nearly five years later — that her computers and products, worth an estimated $350,000 at market value, were returned. By then, the products were completely unusable and had to be destroyed.

But even as her case was winding its way through court, she was embraced by the city of Ojai. According to Sutula, she was granted one of three licenses to operate a dispensary because the city council knew residents depended on Sespe Creek for safe access to cannabis products.

“The city of Ojai was a lifesaver, and that’s really what kept me going. Because we had started the process of what the rules would look like before I was busted,” she said. “I never felt so supported by a community. And I credit that to really saving me and this company.”

She opened Sespe Creek Collective on the one year anniversary of the raid, Nov. 2, 2017. Sutula built the dispensary with the goal of making it a welcoming place that feels more like a boutique than a clinic.

“It’s definitely an Ojai vibe,” said Sutula. “We bought a lot of nice wood and turquoise inlay. It’s reclaimed wood, trees that got felled in storms. We’ve got a nice, warm place.”

While she’s bombarded by requests from growers who want to sell cannabis at Sespe Creek, Sutula stays focused on growers who put the planet ahead of profits.

“We’ve been really pushing sun-grown and regeneratively-grown, with no pesticides, by small craft farmers,” she said. “We’re really choosy about which brands we want to feature.”

Next up for Sespe Creek is the search for a location to create a cannabis lounge. Sutula is looking at locations that would be appropriate along Ojai Avenue, the city’s version of Main Street, which passes right through the center of town. She envisions it as out in the open where everyone can see it — without shame, embarrassment or secrecy. Because Sespe Creek is proud to be a local business…and as much a part of its community as any other.